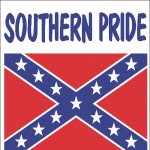 aka Russle the 'H' is a typo

RussleH or KeeperS, either one you would like to adress me by is the author of The Meerkat Team and Meerkat Tales sagas. (See The Meerkat Team for more info). I am one of the active users on Meerkats Wiki as well as a user on other wikis.

^ Hunters Mob-The main meerkat mob featured in Meerkat Tales: Kimberly's Courage. They are a large group, who have a empire like history. They were origionally lead by Pansy but she was overthrown by her daughter Sylvia. Sylvia lead for a few years before Kimberly attacked and overthrew her. Kimberly and Buckshot held the dominate positions for a long while before Buckshot was killed. Streak became the new dominate male. Kimberly succomed to a snake bite and her daughter Russle lead the group for a while before she and subordinate female Kim were killed by Cherokees meerkats. Bandit is their current dominate female.

* Kimberly Hunters-The star of the Meerkat Tales first book. Kimberly Hunters actually has several meerkat faces. She was the long term dominate female of the Hunters group. She held her status for about six years. In the official KMT set though, she has her status for eight years and lives to be 12. She was bitten three times by different snakes and succomed eventually to a black mamba bite shortly after the birth of her last litter.

* Georgia Hunters-Kimberly's littermate who was abandoned by her subordinate sister Sylvia in a burrow move after the Ashantis attempted to raid the Hunters birth burrow.

^ (Meerkat Tales #1) Kimberly's Courage-The first book in the Meerkat Tales series. It focuses on the life story of Kimberly Hunters. It features many of the meerkats above. Released on November 27, 2010.

_Hooligan Kinkajous-First dominate male of the Hunters and the father of Kimberly Hunters. Left Hunters after Pansy was overthrown and LSEEN.

_Flo Ashantis-The second founding female of the Hunters. Never the dominate female and was killed by a cape cobra while evicted from Hunters. Helped to defend Kimberly and her littermates when they were under attack.

_Sylvia Hunters-A female born in the Hunters who left her little sister, only a pup, named Georgia to die in the dessert when Hunters moved burrows. She was an unruly subordinate who often was pregnant by rovers. She overthrew her mother Pansy and evicted her and took over the group. She only lead for a short bit before the Hunters split and Kimberly took over dominance of the splinter group. Upon reuiniting, she was overthrown and formed the Fabulous group where she became their long term domiante female. She eventually was predated.

_Helena Hunters-Loyal babysitter who defended Kimberly and her siblings during the burrow raid. Never the domiante female or a mother. Unknown fate, one of the Hunters oldest group members.

_Regan Hunters-Born in Hunters. She became the origional dominate female of the Hunters splinter group that Kimberly and Danielle joined. Kimberly easily deposed her older sister and later took dominance from Sylvia when the group reunited. She was seen in the Meerkat Tales #1: Kimberly's Courage and mentioned occasionally. Her major part was allowing Kimberly to become the dominate female.

_Danielle Hunters-Littermate of Kimberly. She remianed a subordinate in the Hunters for many years before they splintered and she took dominance of the splinter group. She was initially deposed by her neice Keeper, however, remained the lead female. She challenged Kimberly for dominance and was defeated. Keeper, her niece, attacked and evicted her and chased her out. She later became the first dominate female of the Moons group of meekats. She was killed by an eagle while foraging.

_Buckshot Hunters-A wild male who joins Hunters with his brothers Crush and Emilio. He was a subordinate, older than the other members except for his brother Crush, who became the dominate male. When Kimberly took dominance from Sylvia, he fough Crush and overthrew him. He lead by Kimberly for a while before he was killed in a battle that drove the Ashantis off their land.

_Crush Hunters-Second dominate male of the Hunters beside Sylvia. Overthrown by Buckshot and joined a Hunters splinter group called the Fabulous, where he took dominance next to Sylvia again but died shortly after.

_Russle Hunters-Loyal subordinate female under Kimberly. She became the new leader after Kimberly's death and failed to get pregnant in her first year by Streak, the dominate male. She was then joined by roving brothers Bygodo and Zizyle. Russle finally began to produce litters. She only had two litters before the Cheorkees attacked the Hunters and killed babysitter Kim. Russle was also killed in this battle.

_Keeper Hunters-Rebelious subordinate female who caused trouble in the Hunters. She tried to take dominance from her aunt Danielle in the splinter group and chased her aunt out of Hunters after she challenged Kimberly. Keeper was beaten out of the top position after Kimberly's death by her younger sister Russle. Hunters later split and she became the domiante female of a new group called the Cherokees. Her mate became Streak and they still lead the group.

_Hawkeye Hunters-Kimberly's daughter and the littermate of Keeper. Evicted and LSEEN.

_Shy Hunters-Kimberly's eldest, ambitious son who takes dominance of the Hunters before Streak joins the group. He is overthrown and begins to rove. Fate unknown.

* Maybelline Novembers-One of the last pups born in the Novembers mob. Survived, despite her mother being a subordinate female. Novembers died off and she as well as some of her sisters and cousins formed the Flying Cats. She became their first dominate female but was overthrown by her littermate Sala about a year later. She and her sister and cousin formed the Rebels with some January, former Flying Cats, males where Deeshe took dominance for a few years before she died. Maybelline became their dominate female beside several males and has become their long term leader. She was bitten by a puff adder in December and attacked by a jackal but survived both ordeals and is currently thier dominate female.

^ Titus Rebels-A wild male who joined the Rebels and challenged T for dominance and frequently fought the domiante male. Finally, after T's final demise, he became the rightful dominate male.

_T Rebels-Immigrated with Lankster and Michelan Man and attacked and kicked out dominate male Bear and his assestant domiante male Seacrest. He established dominance but was challenged by a later immigrant male Titus and lost his position but always regained it. He was caught by a predator while foraging.

_(Meerkat Tales # 9) In the Eyes of Maybelline-the ninth book in the Meerkat Tales series. Tells about misfortunate Maybelline's life as it has it's ups and downs.

_Bear January-Long time dominate male at Maybelline's side who was challenged for his position by his brother Seacrest and Maybelline's eldest sons. He was eventually attacked and overthrown by T when he joined the group and Bear dissapeared.

_Sala Novembers-Sister of Maybelline who assisted in founding the Flying Cats. She attacked and overthrew Maybelline in this group and became their dominate female for two years before she got sick and died.

_Flying Cats Mob-Breifly the focal group in Meerkat Tales # 9: In the Eyes of Maybelline. They are seen as a rival group later on in the book. This is the group in which Maybelline lost her dominance to her sisters Sala in.

_Rachel-the first dominate female who was overthrown by Rattler

_Floozie-Rachel's daughter and one of last Gators

_Grik-Rachel's other daughter and one of the last Gators

_Rattler-the long-term dominate female who joined the group with her sister Rose and took dominance until hse was predated by a martial eagle.

_Dirtclog-the last dominate male, dominate beside Rattler and the long term alpha who dissapeared while roving after Rattler died.

_Meerkat Tales: The Tale of Oriole and Enili-tells about the historic event in which Ella is overthrown by Oriole, who in turn looses domiance to her more righ, stable minded sister Enili. It mainly focuses on the two sisters.

* The Meerkat Team-The title for the Meerkat Family Saga and Meerkat Tales collections. Contains all the sets, as well as other meerkat oriented things.

_Meerkat Tales Manga: Russle's Book-The first manga in the Meerkat Tales series. It follows the first novel. Tells the story of Russle Nowhearts, a fictional meerkat group, and her struggles of dominance.

MT6: Zaphod the Great-In Memory of the King of Kings.

MT8: Legends of the KMP-Written in dedication to all the legends of the KMP. Origionally it was going to be the final novel and is not like the other Meerkat Tales novels as it does not focus on one individual meerkat but several, both dominate and subordinate and as pups.

MT12: Asterix of Young Ones-twelth novel. The last book in the second series was origionally going to be the final book but other plans were made.

MT13: Nyra the Conqueror-thirteenth novel. This book was orgionally going to be a special edition to help conclude the Meerkat Tales series. The ideas in this book are based off the origional set for the real Kimberly Hunters.

MT14: Alpha Yossarian-Origionally going in the eighth book, Yossarian's votes over rulled the no's so it is written by request.

MT19: The Legend of Kolo-fan-fic about the star of a documentary called The Meerkats (found in the Meerkat Family Collection).

MT24: Eleusine's Legend-twenty fourth book. Last book in the Fourth, and final, series. Only one book follows it.

MT25-Billy's Battle-twenty fifth book. This one is written to give the series a more set number of books. It is written by request.

Retrieved from "https://mkatsfanon.fandom.com/wiki/User:RussleH?oldid=12494"
Community content is available under CC-BY-SA unless otherwise noted.